I SHALL USE MY TIME Ata Kando Photography 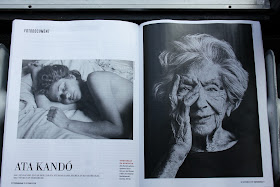 ATA KANDÓ | I SHALL USE MY TIME
With the exhibition Ata Kandó | I Shall Use My Time, the Nederlands Fotomuseum pays tribute to photographer Ata Kandó (Hungary, 1913 –). The Nederlands Fotomuseum archives a large part of her oeuvre and this autumn will present its first exhibition entirely devoted to her life and work. Included in the exhibition are intimate portraits of her parents, sister, lovers and children as well as photographs from her renowned series Droom in het woud (Dream in the forest) and Kalypso & Nausikaä. The selection was made by photographers Koos Breukel and Rose Ieneke van Kalsbeek.

The exhibition is an impressive retrospective of her photographic oeuvre which is inextricably linked to her life. Her work and persona have been a source of inspiration for many photographers. Ed van der Elsken, her lover and husband in the early 50s, was fascinated by her motives, but she also continues to receive visits from today’s photographers such as Koos Breukel, Sacha de Boer, Hans Bol, Kadir van Lohuizen and Stephan Vanfleteren. Each encounter has led to amazing images of a strong woman – now 102 years old – who still captures the imagination.

‘With photography, I can better express myself and what I see’
For Ata Kandó, life and work have always been tightly interwoven, and her life was often far from easy. In Budapest, she was trained as a painter at the Bortnyik School where she also met her first husband, Gyula Kandó. After acquiring a camera, however, she concentrated on photography. Right from the start, she excelled in making portraits of her loved ones. One of her earliest and also most cherished portraits is one made of her sister Ica who died suddenly at the age of 19.

‘There was no time or money for grandiose ambitions’
In the mid-40s, Kandó, her husband and three children fled Hungary to live in Paris. At first, she had to leave her young twins behind, and the family was not reunited until some months later. This experience may have had some bearing on the subject matter she later chose so often: young mothers with children, such as her series about the Hungarian Uprising in 1956 and the series about an Indian community in South America.


In 1947, her husband returned to Hungary alone. From that point on, she was a young single woman on her own with three children in Paris. Her life then centred on survival. To earn a living, she worked as a lab technician for a newly established photo agency: Magnum. There, in 1950, she became acquainted with Ed van der Elsken who was then 25. Four years later, they both moved to Amsterdam where their marriage ended. Kandó quickly became a part of the Amsterdam photography scene and became good friends with such colleagues as Eva Besnyö who, like herself, had a successful career as a photographer.

In the 60s, Kandó became active in photography education. She also travelled twice to the Amazon region where she committed herself to preserving the culture of the Indians in South America. From 1979 to 1999 she lived elsewhere in the world and received the recognition she deserved as a photographer only after returning to the Netherlands.

‘We may have been poor but my children were just as much entitled to a holiday as anyone else’
Kandó always followed her intuition when engaging in photography. We can see this clearly in her most wellknown photography series Droom in het woud and Kalypso & Nausikaä. For these series, she and her children hitchhiked their way to special locations in Europe in the late 50s; these journeys combined a holiday with work, with her children being portrayed in both series. Kandó’s talent for capturing the beauty of nature resulted in amazingly evocative images. Both projects were published as books.

Kandó’s work is always personal. Her personal motives also address serious topics such as the portraits of refugees during the Hungarian Uprising in 1956. Who better to identify with these people, since she had been in a similar position just ten years before? She and her fellow photographer Violette Cornelius travelled to Hungary. The result was a beautifully conceived book published for the benefit of Hungarian children.

‘It’s really true: a hundred years isn’t nearly enough’
Kandó is now 102 years old and lives in a care home in Bergen, The Netherlands where younger generations of photographers frequently visit her to capture her on camera. Koos Breukel is one of them. He finds inspiration in this woman whose life and work have been so emotionally and instinctively intertwined. 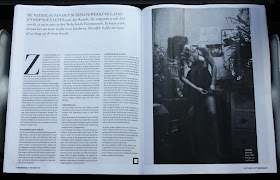 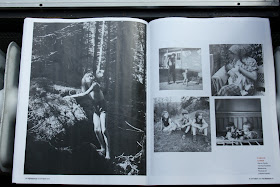 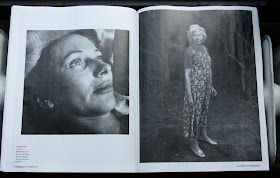 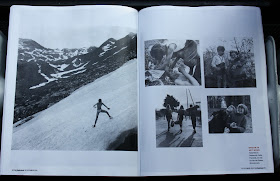